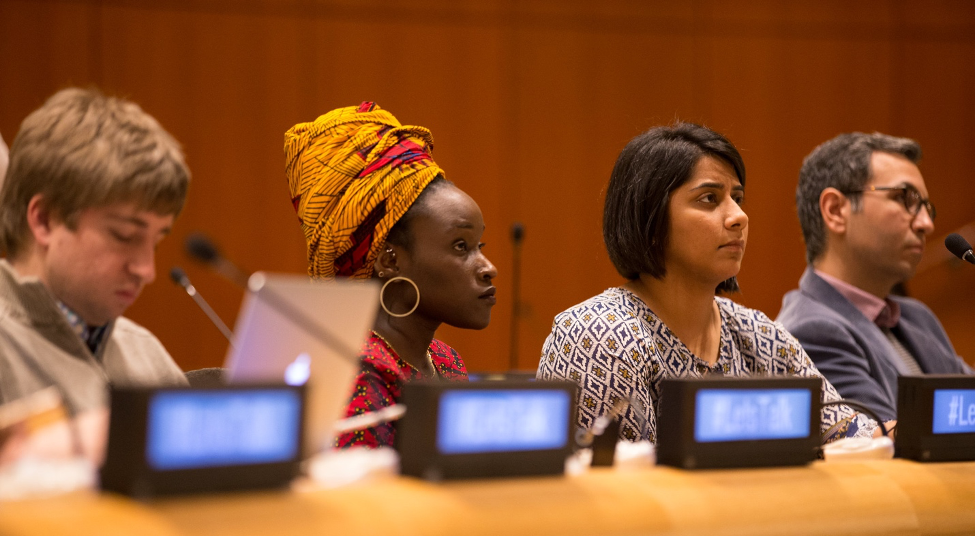 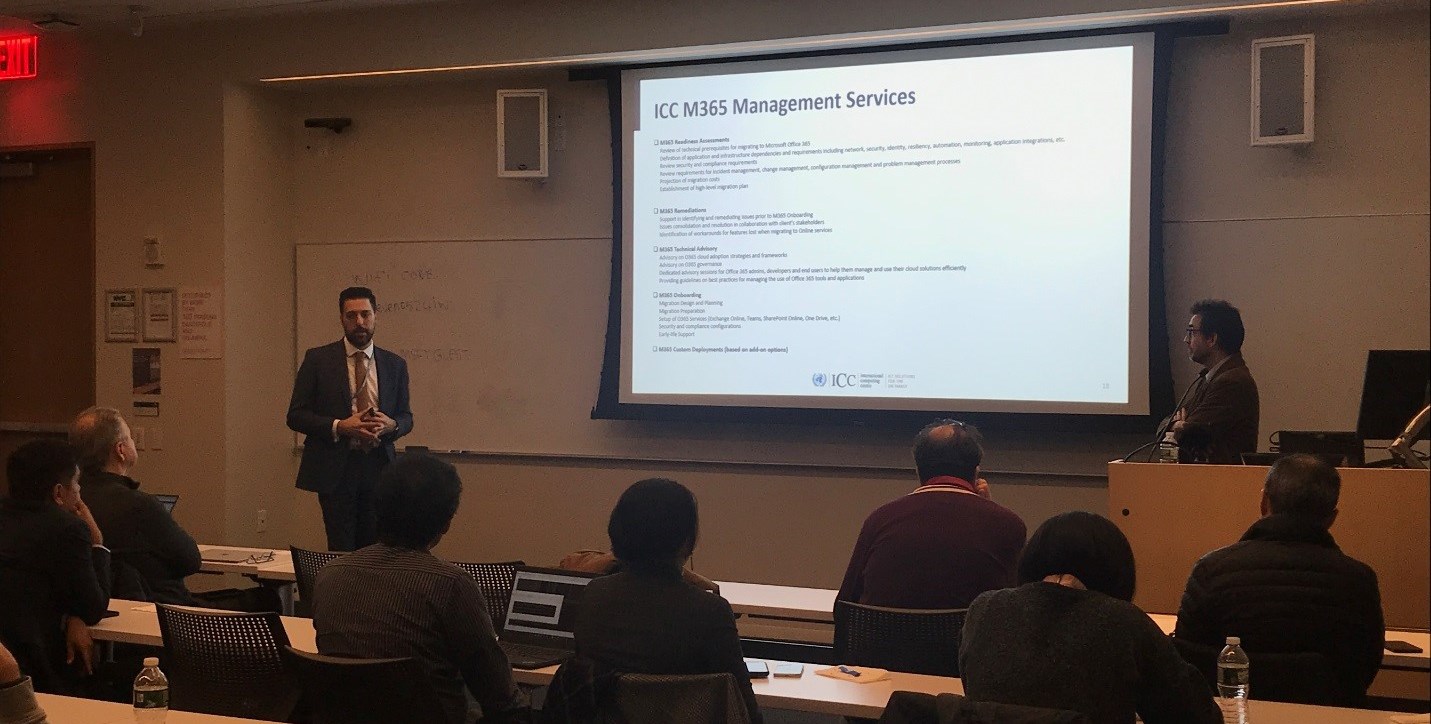 UNICC attended and presented at the UN Tech Huddle event organized by Microsoft’s Tech for Social Impact (TSI) team at the Microsoft Technology Centre in New York on Wednesday 13 November. The goal of this day-long event was to bring together ICT experts from different UN Agencies and Microsoft leaders to share the latest cloud solutions for common challenges.

Paolo Valenza, Chief of Cloud Services and Gabriel Galati, Head of Azure and M365 Services unit presented UNICC’s Microsoft Cloud services to many of our UN Clients and other non-profit organisations.  They highlighted UNICC’s role in providing managed cloud services offering support for solutions that reside in the cloud.

Cloud services are building blocks at the base of many other UNICC services.

An example of a Data and Analytics service built on an Azure cloud foundation is the Data Lake that ICC developed for OCHA, a centralized repository to store the organization’s raw unstructured data from diverse sources in a properly secured and managed way.

During the day, Microsoft shared the latest on comprehensive solutions and best practices. Other topics on the agenda discussed during the session were the UN’s digital transformation and cloud adoption, Terraform on Azure and the PowerApp Platform.

Our Azure Management Services provides a controlled and secure back-end for solutions that we develop on top.

Microsoft runs UN Tech Huddles on a quarterly basis in Geneva and New York with the goal of sharing knowledge and expanding the impact of UN organizations. UNICC also attended the UN Tech Huddle in Geneva in October, where Gabriel Galati and Shashank Rai, Chief Technology Officer presented the implementation of OCHA’s Data Lake. 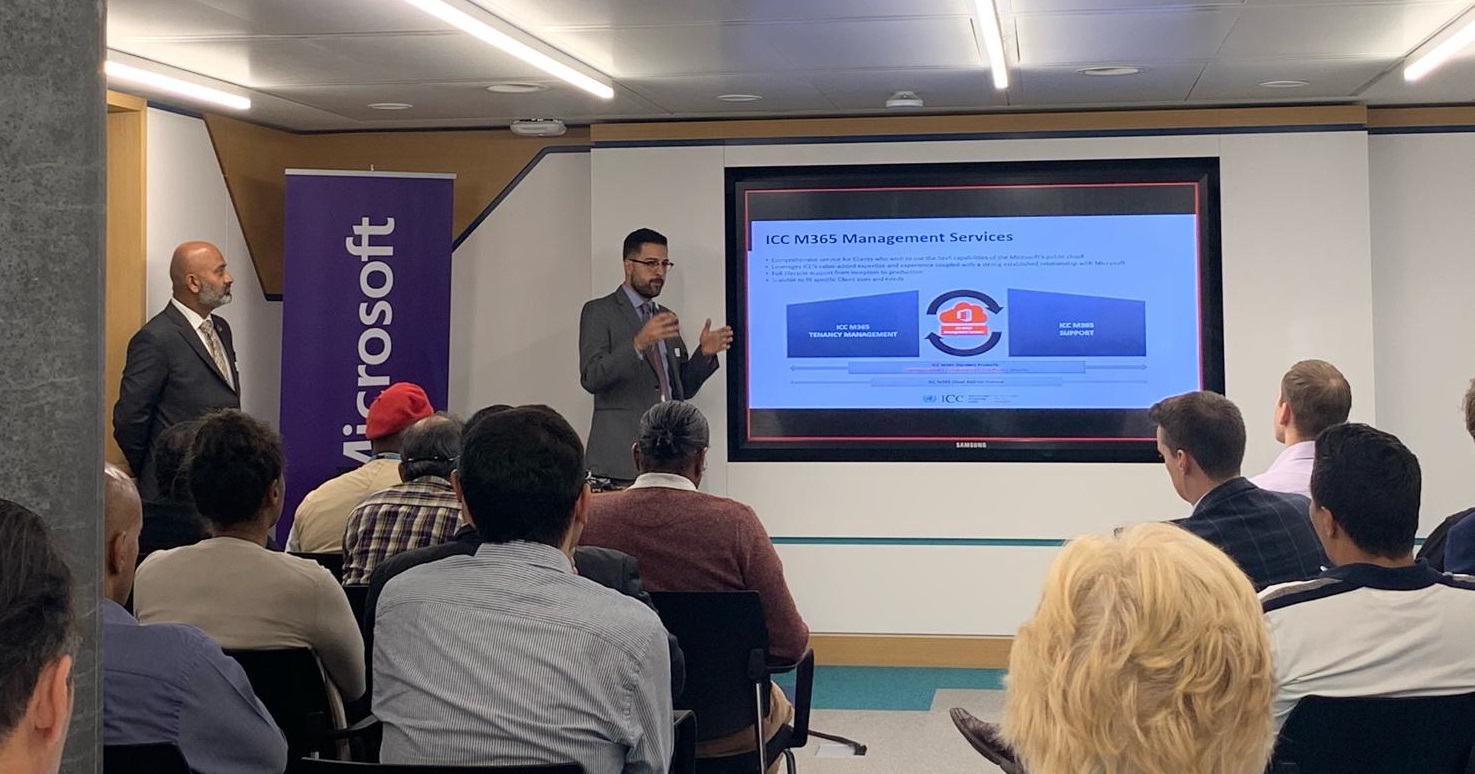 Some of the agenda topics were as follows: 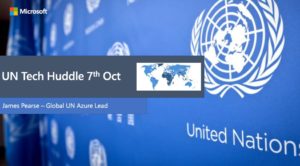 The following was presented by MS partners:

Microsoft will run UN Tech Huddles on a quarterly basis in Geneva and New York focusing on Microsoft Cloud solutions, partner offerings and ISV solution areas. The next Tech Huddle will be scheduled early next year.