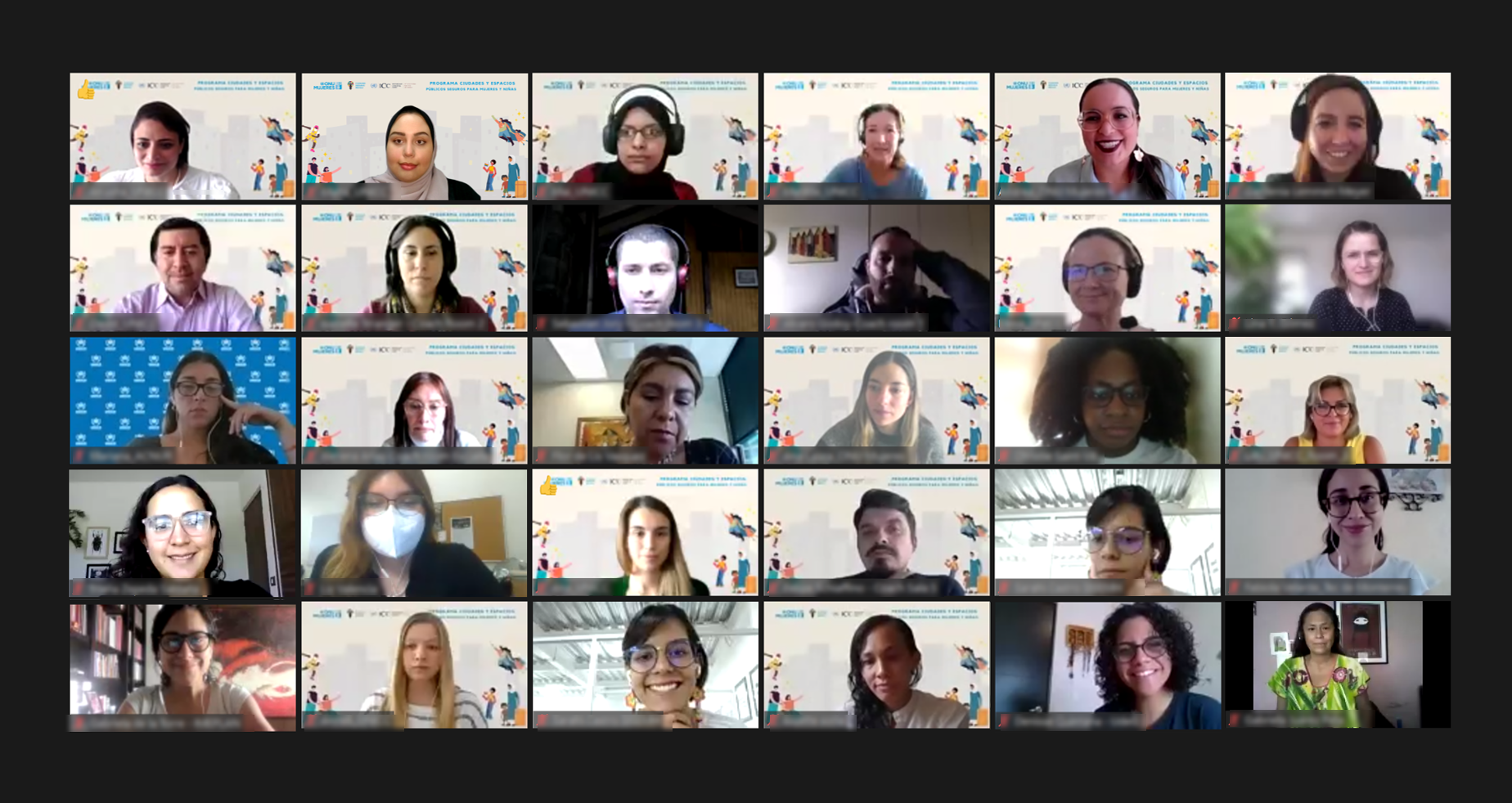 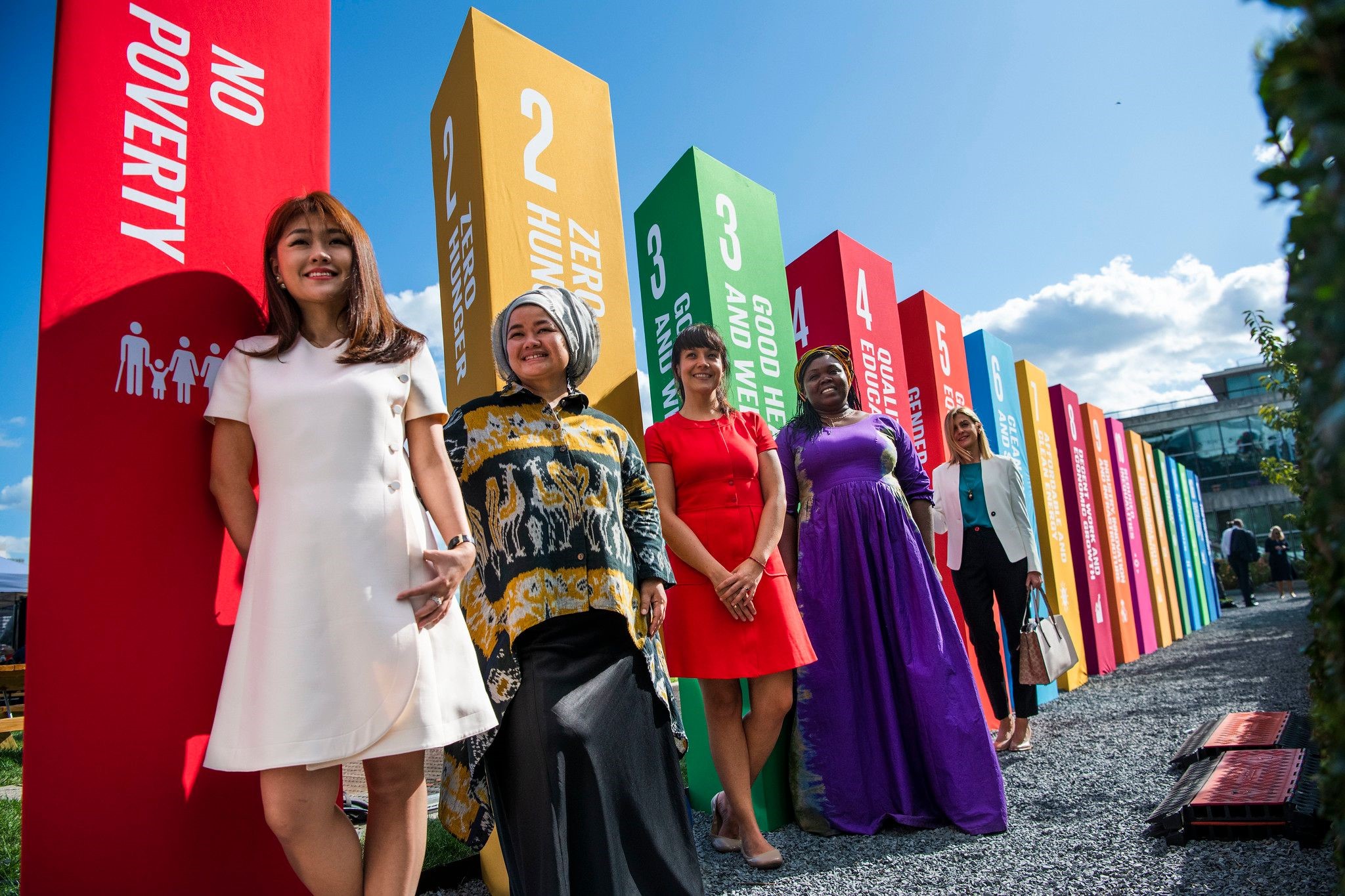 Columbia University School of Professional Studies (SPS) and UNICC have collaborated to bring students and alumni together to advance human welfare, accelerate the UN’s Sustainable Development Goals and confront the great challenges of our time in the first-ever Columbia University SPS – UNICC Thinkathon. Teams proposed solutions to three social challenges:

Seven teams have been working all summer on real-world solutions with live data, mentored by subject matter area experts from Columbia, the private sector and UN Agencies.

In June, 17 teams of 3 to 5 people submitted their proposals with a statement of interest, with answers to one of the three challenge prompts and optional supporting documents. Among the initial participants there were 45 Columbia University students or alumni from five different schools, with 38 external students or professionals. Up to ten countries on four continents were represented.

A review committee studied the submissions and selected seven final teams that moved forward to the Thinkathon competition. These teams have been working throughout July and August together with expert university, private sector and UN mentors to refine their proposals and final presentations.

Three of the teams selected the Gender Equality challenge, two teams worked on the topic of Disaster Preparedness and the last two teams chose the Cybersecurity challenge. Mentors who provided guidance and support included:

On 24 August 2021, finalist teams had the opportunity to present their ideas in front of a global audience and a panel of preeminent judges, in a live event that featured initial remarks by Columbia University SPS Senior Associate Dean of Student Affairs Zelon Crawford and presentations from UNICC’s Chief of Data and Analytics Anusha Dandapani and Data Scientist Dishti Gurnani.

Then each team had five minutes for their final pitch, after an introduction by their mentors. The judges had the opportunity to ask follow-up questions. After long deliberation, UNICC’s Chief of Data Analytics Anusha Dandapani announced the winners.

Team Agritech was the first-place winner, receiving a $3,000 cash prize, with its solution of a newly-developed, sustainable, proprietary ozone-based disinfection delivery system to tackle the disaster preparedness challenge. The system addresses the matter of food loss and food safety by dramatically minimising the effect of malicious pathogens on agricultural products across the entire supply chain, while at the same time considerably increasing shelf life of fresh fruits and vegetables as well as seafood, meats and edibles greens.

Our unique ozone delivery system is designed extensively to be applied in the form of dry or wet methods determined by sensitivity, delicateness, fertility of the treated products.

Logista Emergency Response was the runner-up. Their solution addressed the Disaster Preparedness challenge with a rapidly deployable and scalable field-based logistics system that gives emergency responders accurate, data-driven insights in order to make the right choices when time and resources are in demand. The cash prize for the runner-up team was $2,000.

The audience-chosen team was The Bulb, which was awarded a $1,000 cash prize for their Gender Equality solution of virtual networking against violence. The team proposed a virtual networking solution to eliminate all forms of discrimination and violence against women. Their solution contains two major networking platforms, a group chat using a popular communications app and a blog site.

The teams were evaluated for their clarity and innovation, the social impact of their solutions, the capital requirements and financial forecast, the viability, both operational and technical, feasibility and sustainability of the solution, as well as the presentation delivery. The panel included the following judges:

Solutions proposed by other teams were also great:

Thanks to this Thinkathon to advance human welfare, participants have been able to sharpen their critical thinking, problem-solving and communication skills. The challenges have heightened their awareness of global challenges, allowing them to build capacity and share knowledge, and work in collaboration with people with different perspectives.