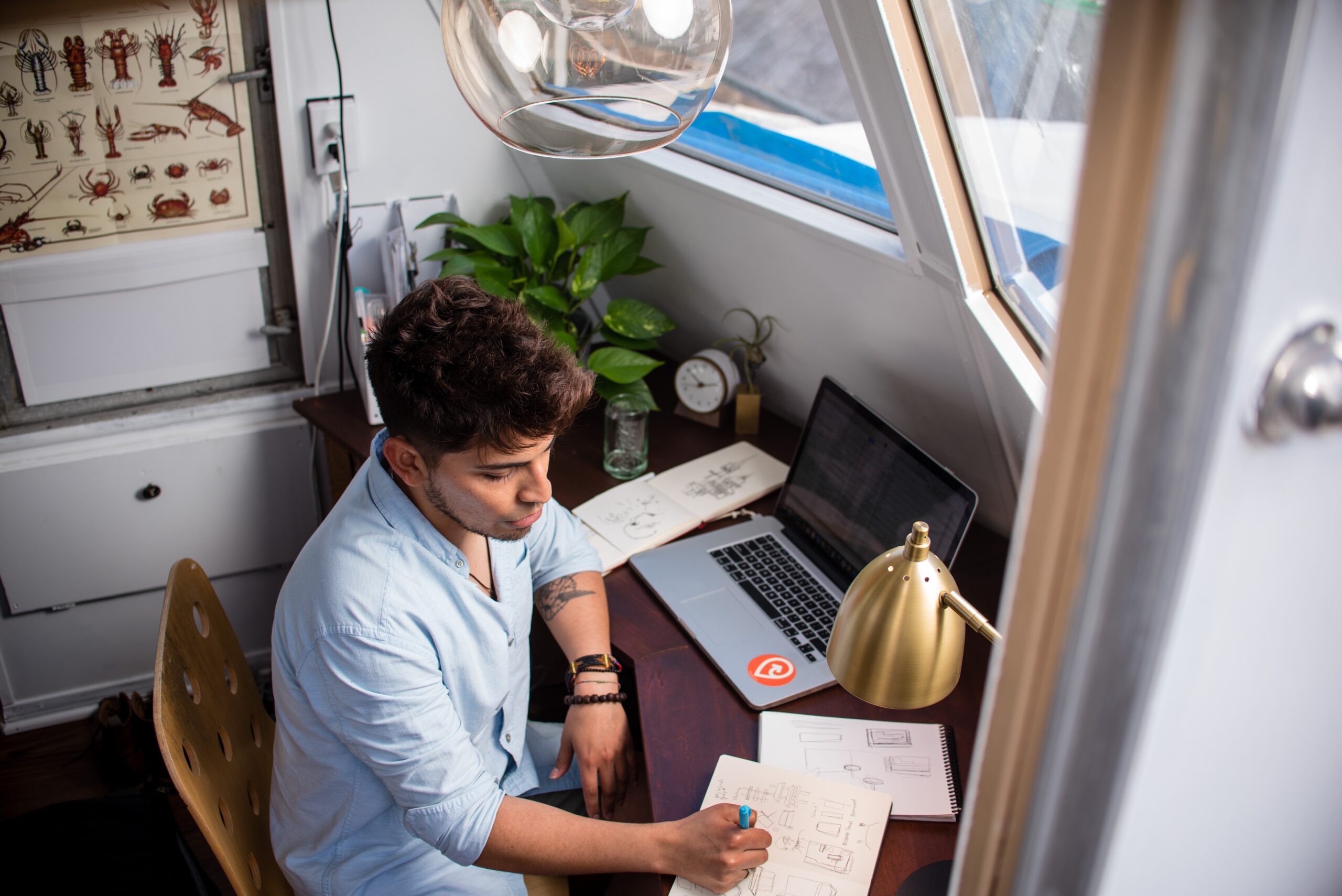 On Wednesday, 9 June 2021, Manuel Nunes, Senior Business Analyst at UNICC, spoke about Robotic Process Automation (RPA) in a UN Innovation Network (UNIN) TechLearnTalks segment. Manuel described the functions and benefits of RPA, followed by Carla Ziade and Kamal Al-Khatib of the UN Economic and Social Commission for Western Asia (ESCWA) who presented a case study and demonstration of RPA in their daily operations as supported by UNICC’s Robotic Process Automation (RPA+) Centre of Excellence.

TechLearnTalks is a series of UNIN webinars dedicated towards demystifying up-and-coming technologies “without the jargon”; this was accurately reflected in the audience when a pre-webinar Zoom poll revealed that only 25% of participants had prior knowledge about RPA. This was no barrier for Manuel, who gave a brief yet comprehensive presentation on the topic, describing RPA as a self-functioning set of rules much like a self-playing piano. He continued to set out the different types of RPA and each of their specific functions: attended, unattended and citizen development. To further clarify the difference the specific RPA types have in their processes, his presentation included a visual diagram of the extent to which human oversight is needed for attended and unattended RPA bots.

In addition, Manuel dove into the various benefits of RPA; for example, he explained that its developmental origins in the finance sector is the reason for its accuracy in compliance and audit regulations, not to mention the consistency of its precision. Other benefits were the sheer hours the organization can spare with RPA bots delivering otherwise reiterative and repetitive tasks, so employees are available to take on more meaningful duties.

To conclude his presentation, Manuel touched upon the broad network of organizations for whom UNICC provides RPA services.

Following Manuel’s presentation, colleagues from ESCWA delivered a case study of RPA in action. Carla Ziade, Administrative Officer, explained that the RPA bot which UNICC had built primarily worked to automate the process of internal employees to submit travel requests within the Umoja system. She contextualised the benefits of RPA to ESCWA’s operations, stating that it boosted efficiencies, reduced turnaround times, improved accuracy and was straightforward to launch and train users in.

The entire process of submitting a request from start to finish, when completed by a human, takes approximately 15 minutes; this process is annually completed an estimated 1200 times. Our calculations present that this RPA bot will save approximately 300 hours per year for the ESCWA.

Kamal Al-Khatib, Finance Innovation Group Project Coordinator, ESCWA, then delivered the technical explanation of the RPA bot, named “Adam,” as well as the specific steps of the automation. To further establish the efficiency of the bot, Kamal prepared a visual live demo of Adam 1 (refer to 46:00 in the webinar recording).

Anecdotally, Kamal recalled the collaboration between ESCWA and UNICC to build the bot in 2019, which was during the period of social and political unrest in Beirut, Lebanon. Employees in the surrounding ESCWA offices struggled with business continuity due to factors such as lack of Internet, electricity, etc. Though the project experienced difficulties due to these external factors, Kamal stated that colleagues at UNICC, in the process of building, implementing and deploying the bot, went “above and beyond”, successfully completing the assignment.

Overall, the webinar was well received by the audience, with nearly 30 questions and comments from members of international organizations such as UNICEF, ICAO, UNV and PAHO. Question topics varied from timelines of RPA implementation to the price of the automation service, to which ESCWA colleagues lauded UNICC for its degree of efficiency for its affordability.

Though the panelists and speakers were not able to address all inquiries, much of the Q&A session evolved around the potential issues that arise in the practical applications of RPA. To address this, Manuel and Carla first explained the greatest obstacle to implementing RPA was not the automation itself but the preparation to implementing the bot. Gaining accessibility to sites and applications, streamlining processes and identifying the boundaries of the administrative tasks that needed automation were all issues that needed to be aptly addressed before building the automation.

As the webinar came to a close and the speakers wrapped up their Q&A session, one participant, in response to the remaining questions on RPA and all of its capabilities, left a comment in the participant thread: “I think a good starting point is contacting UNICC.” 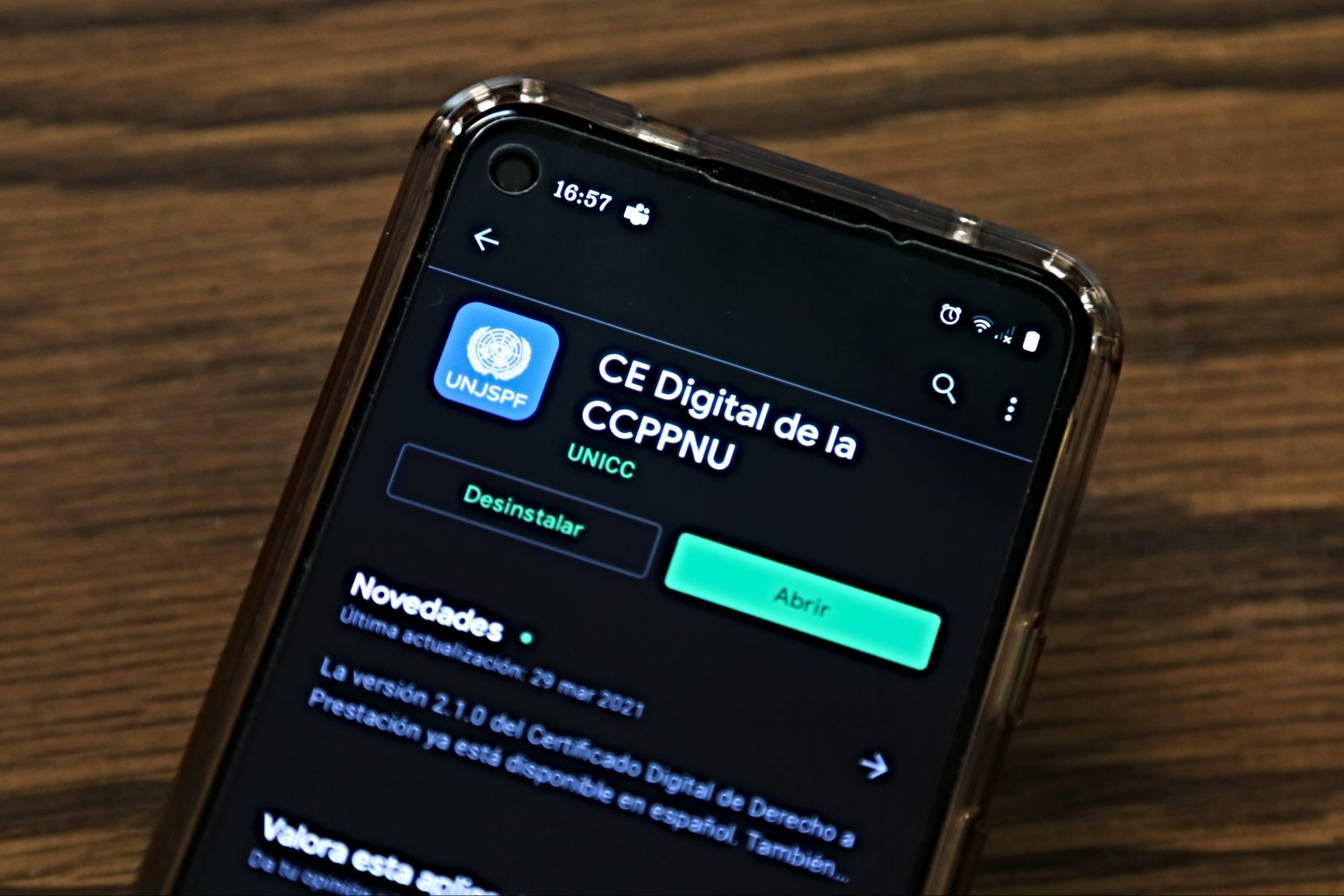 ​On Thursday 15 April, the UN Innovation Network (UNIN) hosted a webinar as part of its Blockchain Learning series on the Digital Certificate of Entitlement solution, developed by UNICC and the UN Joint Staff Pension Fund (UNJSPF) for the Pension Fund’s beneficiaries around the globe.

The webinar began with a presentation by Dino Cataldo Dell’Accio, CIO, UNJSPF, who detailed the broader objectives of the Digital Certificate of Entitlement solution, revolutionizing the Pension Fund’s 70-year-old manual processes.

With a pool of nearly 80,000 beneficiaries, UNJSPF annually holds the responsibility of ensuring the proper delivery of all 80,000 pensions. A tedious, antiquated and risk-prone procedure was in need of updates. Objectives for this solution included process automation, reliability, privacy, security and scalability.

Shashank Rai, CTO, UNICC then described the technical functionalities that serve UNJSPF’s objectives. He noted the application’s ability to confirm biometric Identity of every beneficiary, addressing the Pension Fund’s need to prove facial recognition, proof of existence and physical location.

We need to congratulate UNICC for its flexibility in navigating the challenges of implementing the application in the middle of the pandemic. The blockchain technology applied in this Digital Certificate of Entitlement brings about endless possibilities to automate other aspects of the pension distribution process and beyond.

Another aspect of the Digital CE solution that Shashank described was the immutability of the process of identity verification, whereby all private, biometric data for beneficiaries is hosted on individual mobile devices onto which the app is downloaded. Because of various obstacles around data privacy and security in the process of verification, the respective hosting of a beneficiary’s data, named a “blockchain wallet,” is “a way to bring back the ownership of one’s data into their own hands.”

The webinar also featured a Q&A session during which many representatives attending from organizations such as UNDP and WFP inquired about numerous aspects of the solution, such as the application’s development process, particularly over the course of the pandemic. Despite the its hampering of plans to properly present the solution throughout the UN ecosystem, UNICC developers and involved stakeholders were able to successfully roll out the Digital Certificate to 250 test beneficiaries in WFP and FAO.

UNIN’s feature of the Digital Certificate of Entitlement solution serves as a testament to the UNICC and UNJSPF commitment to Sustainable Development Goal 9: Industry, Innovation and Infrastructure, and Goal 17: Partnerships for the Goals. The partnership extends form UNICC and UNJSPF to working with the UNIN to share innovative digital business solutions.

The UNIN is an informal, collaborative community of UN innovators interested in sharing their expertise and experience with others to promote and advance innovation within the UN System. The UNIN is open to innovators from all UN Agencies as well as external partners and to date, 3,000 colleagues from 65+ UN Entities in over 140 countries have joined the Network.